Before it has investors, customers, profits, press coverage, or even a perfected product, every company has at least one valuable asset: its founding story. 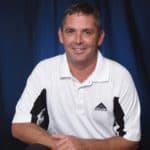 As a 1985 graduate of Southern Illinois University, with a degree in finance and accounting, Doug Kinley could not have picked a more challenging economic period to begin a career.  Double digit prime rates and the recession of the 80’s had caused the US economy to be going nowhere fast.  Illinois was certainly no exception.  As a result, Doug found himself back in graduate school; seemingly the only safe haven to delay repaying the student loans he used to finance his education.  Nonetheless, computer skills and knowledge of business and accounting were in demand…at least during the infancy phase of the Small Business Development Centers (SBDCs).  So, Doug spent the next three years working at the SBDC in Carbondale, Illinois, counseling entrepreneurs, developing business plans, creating financial projections, and, ultimately, crafting a software program to simplify and automate the flagship, but emerging, SBA 7(a) loan guaranty program.

Doug’s abilities began to garner attention from the Illinois SBA Officials…particularly after he was credited with helping a small bank in Southern Illinois become one of the first SBA Preferred Lenders in the nation.  These SBA Officials formally introduced him to the then defunct Illinois Small Business Growth Corporation and its handful of struggling SBA 503 loans.  This organization, originally incorporated in 1982 by the Illinois Department of Commerce and Community Affairs, was an Illinois not-for-profit corporation focused on administering the SBA 503 Loan Program throughout the State.  The Illinois Department of Commerce and Community Affairs provided staff and financial assistance while Illinois Small Business Growth Corporation generated a portfolio of SBA 503 loans.  In 1986, the Auditor General of the State of Illinois criticized the Department for operating a not-for-profit corporation with state funds and the Directors of the corporation voluntarily agreed to a dissolution.

Fast forward to 1988, and, upon the completion of his MBA, Doug joined George Dinges (former Deputy Director, Department of Commerce and Community Development) and Jerry Furby at the newly re-certified Illinois Small Business Growth Corporation with a mission to re-establish the financing programs present throughout Illinois.

Amid an economy still struggling to recover, Doug thus began his career by reestablishing, growing, nurturing, and staffing a micro-CDC.

SBA’s tweaking of an existing program to change the funding process, resulted in the creation of the now famous SBA 504 Loan Program.  Doug quickly saw the impact SBA 504 Loans had in helping promote small business growth and in retaining quality jobs…not only in Illinois, but in communities throughout the United States. This unique financing program was actually created to offer small businesses long-term, fixed rate financing, which is used to acquire land, buildings and/or equipment; to construct, expand and/or renovate buildings; or to refinance commercial mortgages.  Basically, the benefits to both borrowers and lenders are unlike anything else on the market and Growth Corp made it a mission to make people aware this type of small business loan existed.

Whether it’s fulfilling a critical role as a provider of quality capital to America’s growing businesses, working shoulder-to-shoulder with clients to help them overcome challenges and capitalize on opportunities, or contributing to the communities in which we live and work, Growth Corp’s commitment to the small business sector has never been greater.

While Doug has worn many hats since 1988, including the role of President since 1992, his motto hasn’t changed:  do what is right, do it well and do it as quickly as possible.  More than 30 years later, Doug has surrounded himself with the top people from all aspects of credit, accounting, business development, closing and portfolio management.  And while Growth Corp is still a lean organization of 30 or so professionals serving the state of Illinois and small parts of neighboring economic areas, it has evolved into one of the top rated and highest producing CDC’s in the industry.

The Evolution of a CDC

…Growth Corp is still a lean organization of 30 or so professionals, but has evolved into one of the top rated and highest producing CDC’s in the industry.

No doubt you have a fascinating founding story as well.  We’d love to hear it.  Contact any member of our Lending Team today and let’s see if the 504 Loan Program can help you achieve more in 2021.